Last year, I wrote an article predicting what I hoped 2015 would hold for us as consumers (Great Things to Come) – in which I predicted that three things were going to blow up in our tech-based society: home automation, cord-cutting, and predictive, integrated personal technology.  In the spirit of fairness, I should review how those predictions turned out – before presenting you with my predictions for 2016. 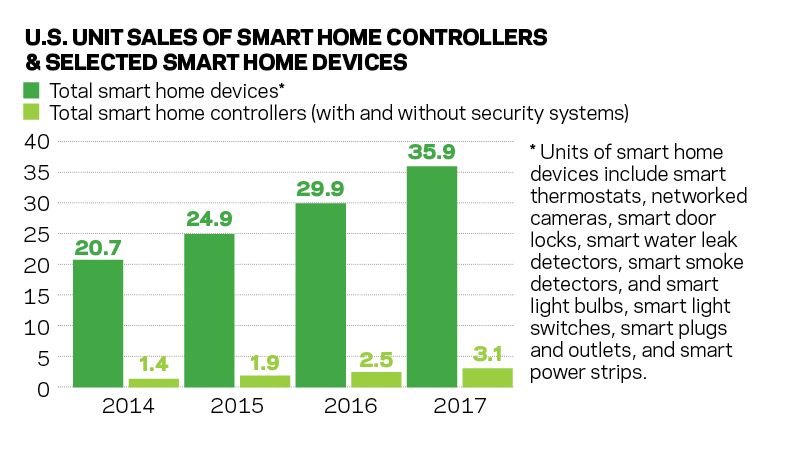 In a lot of ways, this prediction was spot on – the home automation market is literally exploding right now!  So much so that everyone involved with home security has developed some kind of smart-home technology – and the brilliant ones are integrating it with power and utility controls, partnering with companies like Nest, Hive, British Gas, Google, Apple, Lutron, and even Xfinity – a media and data provider!  However, this is a tiny sliver of a much larger thing – the ‘Internet of Things’ or the Internet of Everything, where everything is interconnected and accessible from anywhere.  Projections for this realm continue to be off the charts – predicting the interconnectedness of all things for seamless data collection, scheduling, consumption monitoring, etc.  Even though the home automation market continues to grow at a steady rate, the Internet of Things exponential growth will be bringing home automation with it.

You want one app to rule your entire home, and right now you can’t do that […] even if you had an app to do it, [because] the devices themselves don’t work together in an intelligent way…

I will admit it – part of the reason that I am so on-board with this trend is because I have not personally subscribed to any pay tv service (cable, subscription, premium, or anything else) for almost seven years.  I feel liberated without my commercials – since I only browse with the thickest screen of ad and script blockers – and enjoy my independence from the whims of the big media companies.  I guarantee you – there has not been enough ‘new’ material I wanted to watch that would ever justify the astronomical expense of paying $80+ a month for ‘entertainment’.  This is doubly true when I can get high speed DSL service at home for something like $35 a month.  I am biased; I want to see everyone stop rewarding big media for forcing you to suffer commercials and poorly produced reality tv.  (Did you know Mexico’s Telecom mogul is the second richest man in the world after Bill Gates?  Ridiculous!)  But enough of my soapbox- 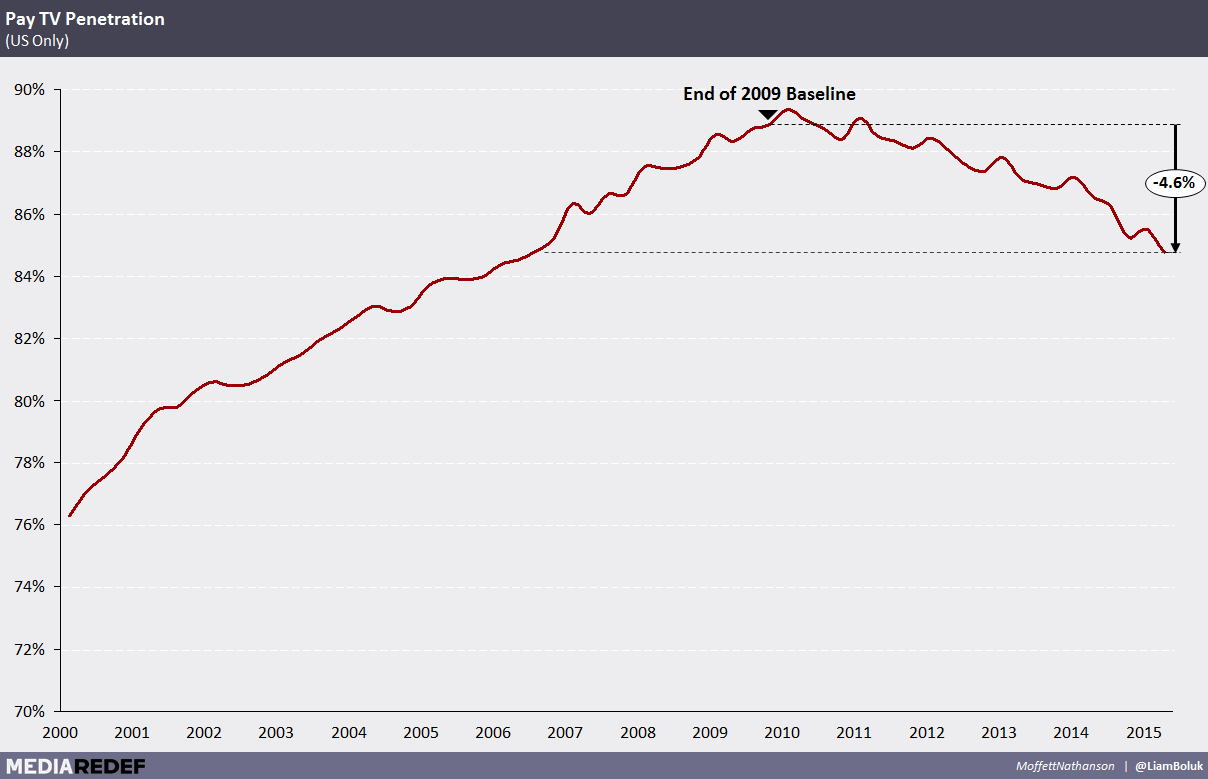 The growth we have seen in this region has been nominal (although big TV will freak out about a loss of any kind) – but in a phenomenal article by Liam Boluk on Redef, media analysts aren’t looking at the right figures.  They scary statistics coming out of homes now are two-fold: As the world of personal electronics continues to grow, it is extremely likely that these two pieces of interconnected data – a lack of relativity from the networks, and a fastly expanding number of Cord-Never households – will be the long term deciding factors in directing the coming changes to pay TV, subscription services, and even internet streaming.

You may not view it this way – but your aggregated or collective data is extremely intrusive: your phone talks to your tablet talks to your wearable talks to your PC talks to you (and a bunch of third party software providers along the way).  Technology tells you when you need to go somewhere, what route to take, and when you’re not getting enough exercise.  We are paying for services to dictate our schedules, find us entertainment ‘also like’ our favorite things, and stream our fitness programs to us – so someone can yell at us through earbuds where only we can hear it.  What a crazy world we live in – watching cat videos on our phones, giggling to ourselves on a bus.  Documenting our lives through photographs only to post them on the internet where a billion strangers can see it, point, and laugh – and then use reddit to share it with everyone else who thinks that their opinion matters.  And be prepared – with RFID technology and the growing market of wearables, this trend is only going to get progressively worse (or bigger, or stronger, or however you want to interpret this trend).  That also makes securing and protecting this data of paramount importance for consumers, service providers, distributors, and manufacturers.

So I didn’t nail everything on the head – almost impossible when it comes to making predictions – but the direction I saw for our evolving, tech-absorbed society was spot on.  Let’s call it six of one and a half dozen of the other.  Don’t forget to join us next week, as I try to nail down some highlights for the coming year!